We often hear the comment from visitors to our gallery, “This is the best Mexican folk art collection I have seen anywhere,” even from seasoned world travelers.

Every piece in the collection has been hand selected by the owner, Mayer Shacter, himself a ceramic artist whose career flourished for twenty-seven years before he gradually let go of it in favor of dealing in fine antiques and then vintage mid-century modern furniture and decorative arts. His eye for beauty, innovation, and quality craftsmanship is highly refined over many years. He finds the best artists working today, and then purchases their finest work, often commissioning pieces, so many of the items in the gallery are unique. 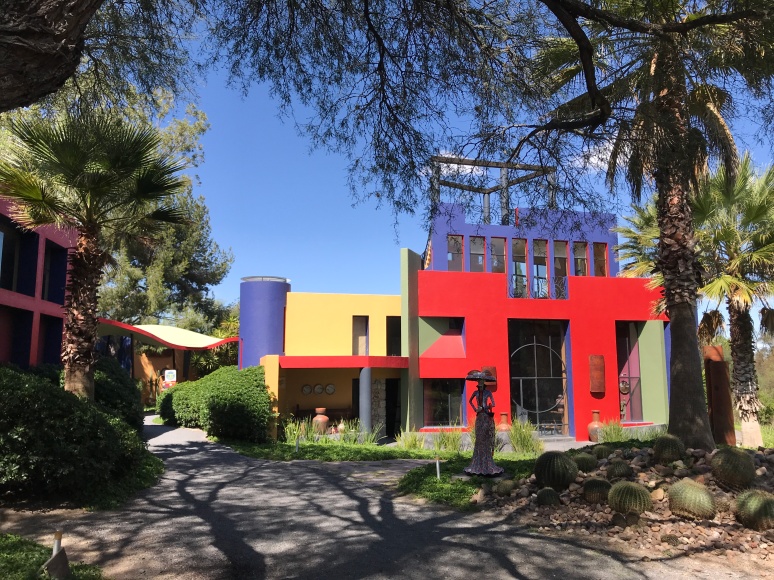 The gallery is located five miles north of San Miguel de Allende in central Mexico on eight acres with ancient mesquite trees and frontage on the Rio Laja. Mayer and his wife, writer Susan Page, found the neglected property in 2001, including two abandoned warehouses that had been a factory for rattan furniture. They engaged landscape architect Tim Wachter and celebrated architects Steven and Cathi House, who transformed the property and buildings into a spectacular home and gallery, which have now been featured in two books and a magazine. The unusual architecture has been variously dubbed “contemporary organic” or “modern baroque.” It is definitely unconventional, a style all its own. 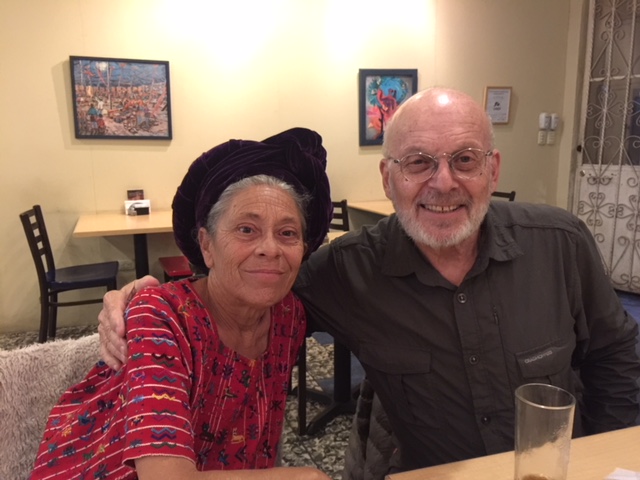 Mayer Shacter’s career as a ceramic artist spanned twenty-seven years, from 1961 to 1988. He was featured in over a dozen one-man exhibitions, and his work is in many private and public collections including the collections of John Huston, Ella Fitzgerald, The Everson Museum of Art, the Oakland Museum of California, and the City of San Francisco. Articles and reviews of his work have appeared in the New York Times, American Ceramics, American Craft magazine, the San Francisco Chronicle, to name a few, and he is the subject of two major “Portfolio” features in Ceramics Monthly.
Mayer always worked in California with studios over the years in Venice, Point Arena and Manchester on the Mendocino coast, San Francisco, and Oakland.

In 1988, when his wife Susan Page sold her first book, Mayer took a break to accompany her on her book tour. He did not plan to abandon ceramics, but as he began to focus more on his interest in antiques, the excitement of buying, restoring, and selling period furniture took over, and he never returned to his potter’s wheel. After seven years in an exclusive antique collective in San Mateo, Mayer began to concentrate on vintage mid-century modern furniture and decorative arts and in 1999, opened his own store in Oakland, called Think Modern.

Mayer and Susan had been working with and supporting Mexico’s Huichol Center for Cultural Survival and Traditional Arts since they met the director, Susana Valadez, in 1981. In 2001, two of the Valadez teenagers came to live with them in Berkeley so they could attend high school in the States. For all those years, they were building an unusual collection of Mexican folk art. Also, Mayer spent nine months traveling in Mexico and South America when he was nineteen. All these connections with Mexico surfaced with a passion when Mayer and Susan found property near San Miguel de Allende that they could develop. They made the commitment to a new adventure in their lives and moved to Mexico in 2003.

Their passion for Mexican folk art, and Mayer’s zeal for buying and selling made the gallery a natural project for them. It opened in October of 2006. Mayer and Susan travel all over Mexico in their pursuit of undiscovered artists whose work deserves support. “One of the great pleasures of this gallery,” says Mayer, “is my ability to support talented artists and their families, and to help keep alive one of the richest traditions of indigenous art anywhere on the planet.”

Drive or taxi north on the Dolores Highway. Five miles from the Libramiento intersection, on your right, watch for a small green highway sign, “El Cortijo.” Take the second left, not at the big white stones, but the next left off ramp, at a break in the railing.

Now take the first left, in front of the small stone arch. Go a short way and then turn left where the main road turns left. Drive a half-mile on the dirt road to #14. Turn right and follow the long, curvy driveway to the red gallery building. mshacter@mac.com

Nearby Points of Interest

Atotonilco — One mile north of the gallery is a UNESCO World Heritage site: the breathtaking church of Atotonilco. Sometimes called the “Sistine Chapel of Mexico,” this country church was built in the 1740s by a wealthy priest who commissioned a local artist, Martinez de Pocasangre, to cover the interior with paintings of Bible stories, since the local indigenous people he was working to “save” were illiterate. This church was also the site of the first gathering of insurgents, led by Father Hidalgo, in their historic march that set in motion Mexico’s revolution of 1810. It was here that they gathered up the banner of the Virgin of Guadalupe who became the much beloved symbol of a free Mexico. Since the 1700s, the church has been and continues to be the site of pilgrimages by large numbers of the faithful, who come for spiritual retreats.

Casa de Aves – Three miles south of the gallery is the lovely boutique hotel and restaurant, Casa de Aves. Set in a tranquil country valley the terrace overlooks a duck pond. Enjoy a delicious lunch, or a glass of iced tea. For reservations, call 155-9610. www.casadeaves.com

Monica Galera Gallery – Monica Galera makes gorgeous works of art from natural fibers found on her land. Just a quarter mile north of Galeria Atotonilco, her showroom is open by appointment. 185-2111 or mg@monicagalera.com.

Hot Springs – The two luxurious hot springs, La Gruta and Escondido, are within a half mile of Galeria Atotonilco. Both are open daily, 10 to 5.