The town of Santa Clara del Cobre near Pátzcuaro in Michoacán is the source of some of the world’s most extraordinary works in copper. For over 500 years, nearby sources of copper stimulated the trade of copper work, and most of the items made were utilitarian: sinks, pots and pans, and large cooking vessels. In 1966, an American artist, James Metcalf and his wife, Mexican artist Ana Pellicer, began working with the coppersmiths, teaching them new techniques and decorative designs and heralding a new era in the town. Now the coppersmiths are true artists, creating spectacular decorative vessels and chargers.

When the coppersmiths in the town of Santa Clara del Cobre in Michoacan began creating decorative works instead of only sinks and cooking pots, they received the commission to create the large glorious flame holder for the Olympic torch for the 1968 Olympic games held in Mexico City. To create decorative vessels, they melt the copper into large flat disks. Then, using a combination of heat, laborious hammering, and specially shaped anvils and hammers they flatten the disks into thin copper and then shape them into stunning works of art. 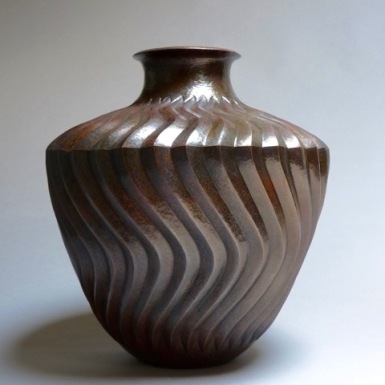 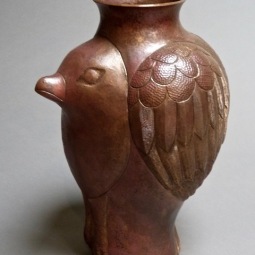 Come to our next Open House January 18th and 19th featuring Gustavo Pérez! 🤩 . If Mexico designated “National Living Treasures,” as Japan does, Gustavo Pérez would surely be at the top of the list. He stands alone as the only Mexican ceramic artist who is internationally celebrated and admired. His work is exhibited in fine galleries in Tokyo, Paris, London, New York, Los Angeles, Mexico City (including the Franz Mayer, the Museum of Modern Art, and Bellas Artes), and now, San Miguel de Allende. . We have an extraordinary opportunity, right here in San Miguel, to view a rich and varied selection of his highly sought-after ceramic works. The exhibition presents Pérez's Masterworks from 2000 to 2020. . Visit us and take home an exceptional piece of art available only here! . Galería Atotonilco, An unforgettable experience of México. . Visit our webpage to know more about our featured artisans! Link in bio . Booking a visit: Open by appointment only, except during open houses. We recommend that you visit the gallery early in your time in San Miguel. Don’t wait to call for an appointment. Avoid disappointment. An appointment is required. (415) 185-2225 cell. (415) 153-5365 . . . #ExtraordinaryMexican #AnunforgettableexperienceofMexico #FolkArt #Ceramics #antiques #Mexicanfolkart #vintagetextiles #historicphotography #baskets #carvedwood #ceramica #countryantiques #dancemasks #exvotos #hammeredcopper #huichol #huicholart #inlaidwoodboxes #lacquer #papermache #retablos #santos #textiles #metalsculpture #burnishedceramics #mexico #gustavoperez #galeriaatotonilco